Building a voice interface for Headspace

You Are Here:
Home
/
Building a voice interface for Headspace

For the past two years, Headspace has also been developing an experience for voice-activated devices. Sleep by Headspace can be accessed through Google Assistant and Amazon Alexa as well as the main Headspace app, and provides ambient sounds and guided meditation exercises to help users drift off. Users can choose from a range of ‘Wind Downs’, ‘Sleep Sounds’ or ‘Sleepcasts’ (ambient tracks which combine soothing vocals and visualisation techniques to help them relax). Current Sleepcasts include Midnight Launderette, Beachcomber and Desert Campfire.

Headspace worked with Rain – an agency that specialises in developing voice strategies for clients – to create Sleep and determine how voice could fit into its wider goal of bringing mindfulness to the masses. The brand launched Sleep on Amazon Alexa in 2017 and Google Assistant in 2018, and its voice apps now have over 1 million subscribers.

Explaining the company’s decision to invest in VUI (voice user interfaces), Vieira told the audience at Adobe MAX: “Looking back, it seems obvious, but around two years, ago we had to make a decision on whether we wanted to invest in voice platforms or not. One of the graphics we saw was the adoption curve for voice enabled device growth in the US [it’s estimated that 55% of households in the US will have voice-activated smart speakers by 2022], so our first question was, can we afford not to? And our next question was, what were people doing [on voice-activated devices]? It wasn’t obvious to us that we were a good fit for the way people were using AI and voice devices in general, so it was a toss up between these high rates of adoption and not seeing a clear fit [in terms of] how people were using them,” he said.

We went back to users and said, ‘what kind of jobs are you trying to get Headspace to do? What are you using other devices for?

Headspace carried out research and identified a clear opportunity based on three key findings: “We went back to users and said, ‘what kind of jobs are you trying to get Headspace to do? What are you using other devices for?’ And we found they wanted Headspace to be accessible [to them] wherever and whenever they wanted, that they were trying to reduce screen time and that they wanted help with sleep,” said Vieira.

Reducing time spent on devices is now a key concern for consumers: Apple launched a Screen Time app earlier this year, which allows users to track how much time they have spent using apps and how often they pick up their device. Third party apps In Moment and Space also allow users to limit their app and social media use. Headspace found success through delivering mindfulness services on mobile and tablet devices, but with many of us now looking to spend less time on our phones, investing in VUI offered a way to engage with people without asking them to pick up a device.

As Vieira points out, the market for VUIs is huge. Amazon recently launched Echo Auto, a device that allows users to access its Alexa voice interface in their cars, while smartwatches and smartphones are also voice-activated. “The market isn’t one device per home, it’s multiple devices per person,” he said.

The first step in the process for Headspace was working out whether to build a VUI internally or seek help from an external agency. “This was a new field for us: we had no expertise internally, and we didn’t want to divert resources or change the road map, so once we found Rain, it was an easy decision [to partner],” said Vieira.

The second stage was to iterate. Offering some advice for other brands looking to step into voice, Vieira said it was important to start small, developing simple interactions that can be expanded and built upon rather than trying to map out something complex from day one.

“It sounds simple, but it’s so easy once you go down this path [to start thinking], ‘what about this case or that case? We simplified things and said, we’re going to do a very simple experience – no registration, no log in process, just ‘Alexa, open Headspace’ [to trigger the app] – and we launched with that very quickly.”

From launching this, the company found that users wanted to be able to add Headspace to their daily routine on Google Assistant (‘routines’ – such as checking the weather, turning on the radio or doing a Headspace exercise – can be triggered using a simple command such as ‘good morning’). Headspace also found that people wanted the voice app to log their ‘run streaks’, which are achieved by using the app on consecutive days. Headspace also launched additional sleep packs for premium users, who pay a monthly subscription fee. “Once we saw we were getting traction, we were able to invest in getting more capabilities,” said Vieira.

The Sleepcast feature allows users to select from a set of audio experiences which are subtly different each day. As users often drift off mid way through a sound (and might find some tracks more relaxing than others), Headspace added a feature to the voice app that asks users if they would like to pick up from where they left off, resuming the Sleepcast they listened to the previous night. “We also know that people like variety, so we had to give them that option [to play a Sleepcast again] but also the option to try something else,” said Vieira.

Building the interface has been a process of trial and error: after launching the app, Headspace found that some of the descriptions for its Sleepcasts were too long, and so shortened them in later versions. Vieira said it was important to “expect surprises” when designing VUIs, and likened the process to developing mobile apps. “Just like when we went from building desktop to mobile apps, you might find you need to change your tech, you might need new APIs, and not everything you want it necessarily going to be available. You’ll find things out that you didn’t know you needed – and that’s fine,” he explained.

Discussing the differences between designing for voice and for mobile, he said: “Voice is different. Don’t take the path of trying to work everything you have on mobile into [a VUI]. Invest some time and research into finding out what users are really looking for and stay focused on that and that alone – otherwise, you end up playing 20 questions with users and it’s super frustrating for them and adoption will drop.”

Headspace has found success with its voice apps by focusing on sleep, sticking to simple interactions and defining a clear purpose that has shaped the user experience. Rain recently opted for a similar approach with Starbucks, creating an experience that allowed customers to re-order their regular coffee through Alexa without having to queue up, which Vieira said offered another example of how brands can use voice to offer something useful or solve a business problem (in Starbucks’ case, the fact that customers were often walking out of branches without placing an order when confronted with a long queue).

Another challenge Headspace has faced in designing for voice is making sure that its voice apps are kept front of mind. With mobile apps, brands can set push notifications to remind users to log in but Headspace has had to look to other means of promoting its Sleep product. “The lack of screen is a benefit to users but a challenge from our perspective – how do you tell users you’re available when there’s no screen?” said Vieira. “We’ve partnered with Google and Amazon to promote us in their newsletters to their members – one benefit of being an early adopter [of voice technology] was that we got those opportunities – and we’ve had to work a lot with our members to let them know at key moments in their journey that they can take this function to their audio device.”

Alongside this, Vieira said Headspace has had to strip back the number of options available to users on voice devices – for example, choosing the duration of mindfulness and meditation exercises – and use defaults to create a more streamlined experience. “With voice, we’re constantly looking at ways to cut down questions and forks in the road. It’s about pushing down options and using intelligent defaults to let users get to [the end] goal as quickly as possible. We didn’t want to frustrate people, especially when we’re trying to get them to a place of calm, ” he said. It has been a long journey, and a significant investment for Headspace, but Vieira said the brand has seen a 30 percent increase in engagement from people using Headspace’s mobile and voice apps versus mobile apps alone – proof that investing in voice technology can pay off. 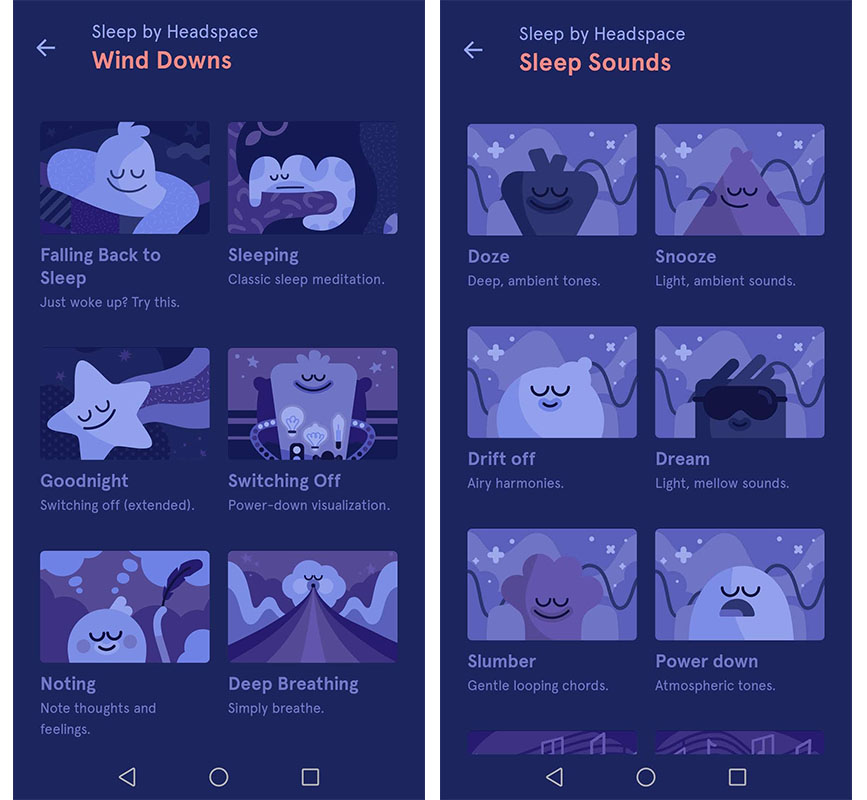 Randhir Vieira was speaking at Adobe MAX, an annual creative conference hosted by Adobe. See max.adobe.com for more on the event.

The post Building a voice interface for Headspace appeared first on Creative Review.