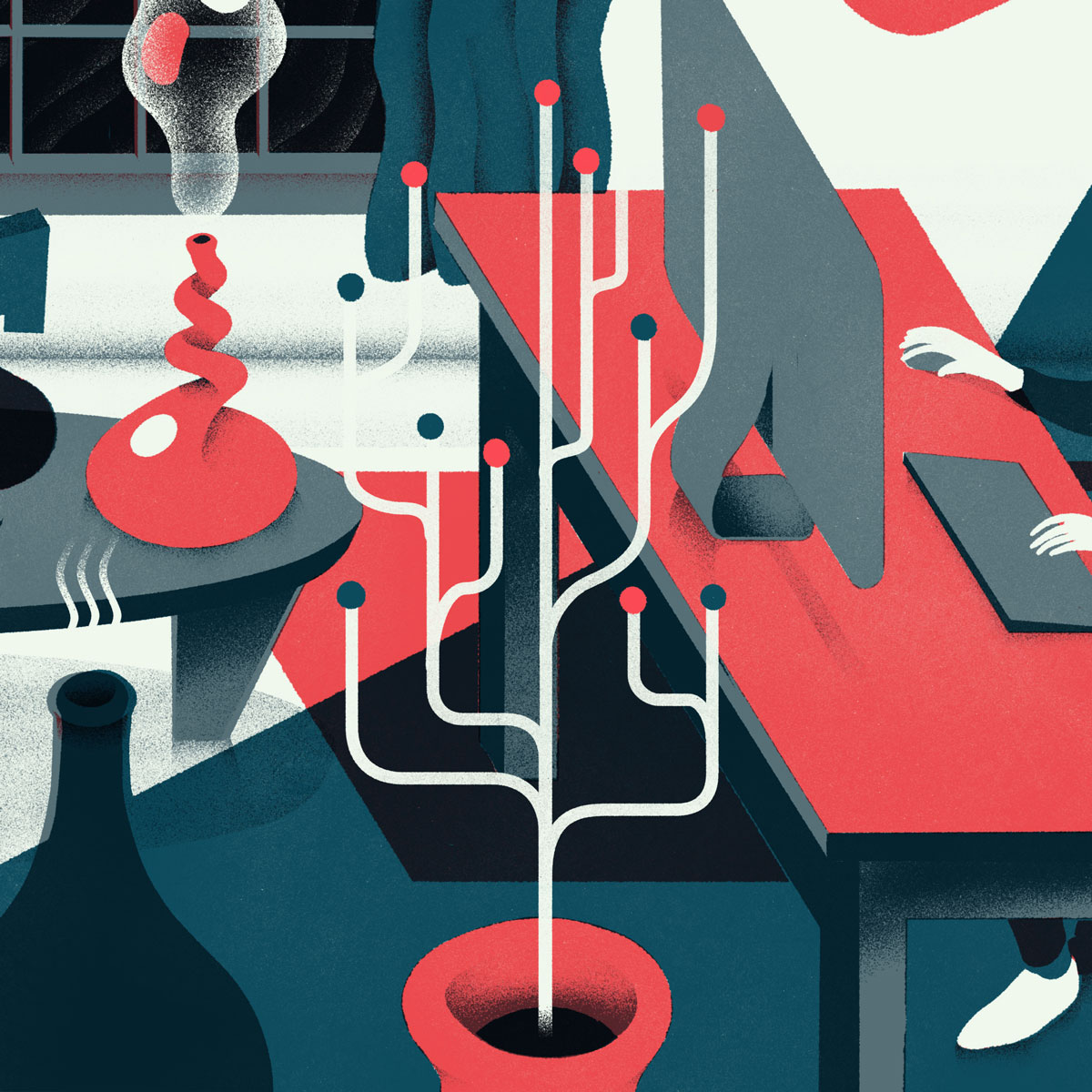 As a freelancer, how do you know if your idea sucks?

The reason I hope this question is asked forever, is that it comes from a brilliant place – a place where you’re taking risks, because you’re pushing yourself and exploring new ideas. And though this is a question asked pretty much universally by great creatives, I understand from experience that it’s particularly hard when you’re working in isolation as a freelancer.

I’m going to assume you’re not asking for help with specific processes to generate ‘good’ ideas here, but rather how to test out ideas you’re generating and considering which to progress. So building on that, I’d say there are a two key ways to test out whether ideas ‘suck’. Because in myriad ways, the creative process is about all of the ideas – good, bad and indifferent – and you have to have them all. What’s important is how you have them, how you nurture them, which you throw away and what won’t be ignored.

So your first job is an internal one. How do you examine your own work? It’s tough to do but can you force yourself to take different perspectives? Sometimes doing that literally can really help. I’ve been known to physically walk out of a room and come back in and look at an idea or a piece of work in a different way to embody what I need my brain to do. For a physically different perspective I might pin a piece of artwork to a wall, or read aloud a piece of writing.

Distance is also incredibly useful and you can easily do that with a short time away from your desk or workspace. Sometimes it’s about a walk around the block or a totally separate activity. After all, creativity is serving up so much of yourself, it is inherently difficult to find that distance. So find whatever works for you and embrace it. For me, writing the first draft of this column, I have to admit it was taking a break to watch the last episode of the BBC’s recent series The Bodyguard. Mind reset via explosive drama. Job done.

Then it’s time to be tough on yourself, but open to the idea. Which makes me think of something the author Colette once said:

“Put down everything that comes into your head and then you’re a writer. But an author is one who can judge his own stuff’s worth, without pity, and destroy most of it.”

While I’m not quite sure about destroying most of your work, for me she really nails the idea that as a professional creative you have to be a very effective self-editor. After all, not many people know you as well as you do. You must be your own first audience.

So ask yourself whatever questions work for you and your work. What in the idea is speaking to you? What’s not really resonating? How is it tackling the brief or problem you’re aiming at? And approach this as fully as possible – staying really present in your thinking but, also, to how you’re feeling. Some of the best ideas I’ve worked on have not made intellectual sense to start with, but I’ve had a ‘goosebumps moment’ that’s forced me to dig deeper.

Then it’s about iteration. What do the answers to your self enquiry lead you to do next? How can you take it further and what do you then have? What else? Once you feel you’ve gone as far down that road as possible, it’s time to go external. Which, unless you’ve been terrifyingly hard on yourself (the suffering artist bit can be carried way too far for my liking), will be the scary bit.

It’s scary because it requires you to be vulnerable. As we’ve acknowledged above, your creativity is part of you and putting yourself out there to be judged is where the worry about ‘sucking’ comes from. Ultimately your work will need to be out in that wider world to do its job (and for you to pay the bills), so it has to be done.

But beyond day-to-day transactional necessity, taking your work out there in the right ways will actually enrich your work and your life in much deeper and long lasting ways. This isn’t just about this one idea and this one job. It’s actually about the long game. As the brilliant researcher and thinker Brené Brown says, “vulnerability is the birthplace of innovation, creativity and change”.

The key here is to find critical friends. People you trust, and people that trust you can take constructive feedback. Find peers whose work you admire, people you studied with, clients you’ve developed broader relationships and even friends and family who you think have good taste. Then ask them to help you. But make it a deal; whether that be a skills swap, cooking dinner in return for a critique, or something else. By making it a positive trade, you bring your critical friends to the table in the best possible mindset. You’re not asking for something for nothing, and so they’re not simply bringing their opinion. Instead they’re bringing their own skillset, which is valued by you.

Get these critical friends together, or take different views on in different ways, but ask them the same questions you asked yourself. Whatever your self-enquiry was, repeat that here so you have a structure to anchor yourself to as what you get will sometimes be competing, conflicting or confusing responses.

Because then it’s all back to you. What in the feedback works, what elevates your idea and what squashes some of the light that danced for you in its creation? A strong structure will help you to take on board only what progresses you and not what pushes against you.

Following this path you’ll discard and perhaps even destroy some ideas. You’ll develop some ideas that don’t set the world on fire but that do the job they needed to do. But in amongst the journey you’ll find some gems and polish them up, using your own insight and that of your friends, to make them glitter brighter than you could have hoped.

Anna Higgs is Head of Entertainment at Facebook. If you have a question for Anna, please send your problem via Twitter or Facebook, or if you would prefer to email, send it to eliza.williams@centaurmedia.com with the subject header ‘Ask Anna’; Illustration: Sean McSorley

The post Ask Anna: As a freelancer, how do I know if my ideas suck? appeared first on Creative Review.