Are brands finally over body taboos?

You Are Here:
Home
/
Are brands finally over body taboos?

If advertising is to be believed, women on their periods love nothing more than leaping out of planes, galloping along the beach in silk trousers and windsurfing in bright white costumes. For years, feminine hygiene brands have dealt in euphemisms, hinting at bodily functions without ever getting into the gory details.

It’s a tradition that goes back to the 1920s, when many of the tropes around period products were established. “Ends discomfort and apprehension”, reads one Kotex ad from 1929, while another – under the bizarre headline of “women’s daintiness” – describes periods as “the most trying hygienic handicap”. In the 1940s, Modess took an even more delicate approach, with a series of ads showing women in lavish evening wear, accompanied by the obscure tagline: ‘Modess… Because’.

This obsession with discreetness doesn’t just apply to periods though. There’s plenty of other brands that deal with body ‘taboos’ by simply pretending they don’t exist, or referring to them in patronising tones (think TENA’s trampolining women and their joyful exclamation: “I just had an oops moment!”) But there are signs that things are changing. Earlier this year, US razor brand Billie filmed close-ups of women’s hairy bellies, underarms, and toes as a retort to the usual ads showing people shaving already silky legs. Images of hairy women in the media are rare enough that makeup brand MAC caused equal parts praise and consternation on Instagram recently, when it posted an un-retouched image of a model with a few stray upper lip hairs.

There’s signs that feminine hygiene brands are also taking a more direct approach. US brand HelloFlo has taken a frank and comedic approach to talking about periods for a while now. And in the UK, Bodyform and Libresse’s award-winning Blood Normal campaign was the first advert to ditch the much-ridiculed blue liquid in favour of red ‘blood’. It also showed men buying pads, the realities of period pain, and women speaking openly about their experience. So, is advertising finally ready to let go of its tightly held body stigma?

“Bodyform/Libresse is in a category where brands didn’t even dare say the word period, the very thing they make products for,” says Nadja Lossgott and Nicholas Hulley, Creative Partners at AMVBBDO. “The representation of periods in popular culture and mainstream media was non-existent. Periods were only ever used to mock, humiliate or shame. So we wanted to make a historic correction. And we knew that as a mainstream brand if we embraced something that everyone else in the world was scared of even acknowledging, that it could have a ripple effect in culture and change the way women felt about their bodies and themselves.”

The creative team says that while brands are realising that they need to be brave and honest to connect with their audience, it still takes a lot of guts to get there. Losgott and Hulley had clients that understood “it’s worth pissing off a lot of people to make something right for many more”, but still had to fight hard to get the ad approved, with many media governing bodies objecting to its imagery. The final shot of blood on a pad remains pixellated. 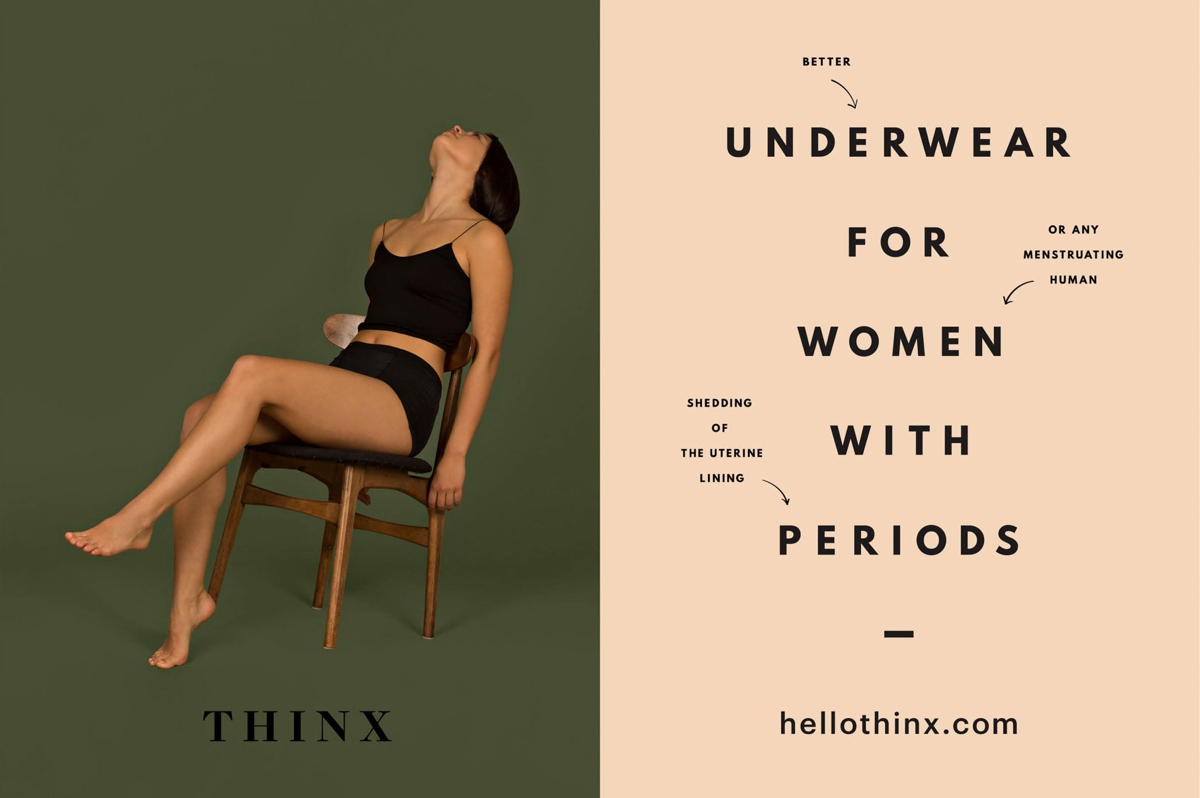 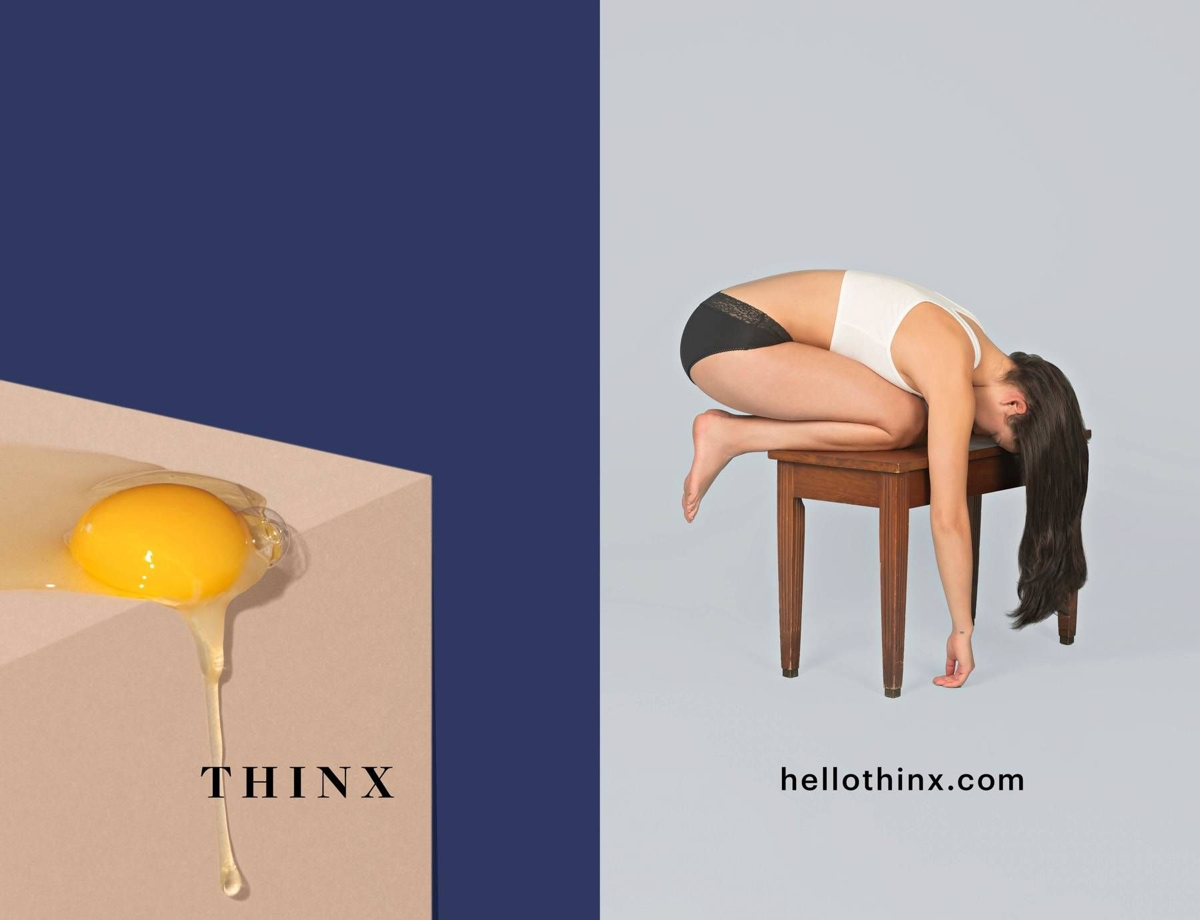 Underwear brand Thinx faced a similar backlash in 2015, when a set of frank outdoor ads caused controversy. Outfront Media, which owns subway ad space in New York, suggested the word ‘period’ be removed in case it caused children to ask awkward questions. It’s clear that it’s not just their own reservations brands need to address.

However, while consumers, and advertisers, might still be squeamish, there’s undoubtedly more freedom for companies to portray realistic human bodies, and their functions.

“Millions of people have used or are using these products – they’re faced with the reality of their own blood every day, why are we denying the realism of experience?” says Casey Bird, Creative Lead, Branded Content at online publication Refinery29 UK – which runs Rag Week every year to de-stigmatise menstruation. This includes covering stories on everything from how religion affects periods, to showing images photographers have shot of what their period means to them.

“We’re in the midst of a cultural shift in the way we collectively deal with menstruation as a topic,” she tells CR. “For too long menstruation was seen as something to be sanitised and controlled – it was the elephant in the room where many traditional ads were concerned, but we’re finally seeing the advertising world catch up with existing social attitudes.”

For Bird, this willingness to speak honestly is part of advertising’s urge to remain cutting edge, but also a result of changing body politics. She says social media has given rise to more voices with a variety of experiences, leaving “homogenised, didactic approaches” with less power, and less appeal for consumers. As groups like The Pink Protest raise awareness of period poverty and the tampon tax, taboos around menstruation are being smashed. Changing discussions around body positivity also mean companies are being forced to reconsider who they cast, and how, or if, they edit images of bodies.

“Brands often inspire each other,” Lossgott and Hulley tell CR. “If someone is brave enough to make a change and sees a positive response, it becomes contagious. And that’s good for everyone willing to take the risk.”

However, Bird warns that while these moments have power, and offer brands chances to have meaningful conversations, it’s key for companies to understand what they’re talking about. If campaigns are too heavy handed, she says, brands risk coming off as disingenuous. And while forward-thinking publications like Refinery29 have the ability to engage directly with these kinds of taboos, Bird believes that these messages are seeping through to other parts of the media – particularly as it finally starts to embrace greater representation and diversity.

The question seems to be just how far advertisers can push it. Are we ready to accept beauty adverts with closeups of pimples and in-grown hairs? The recent reports that L’Oréal allegedly fired beauty vlogger Kadeeja Khan from its advert because of her acne, suggests there’s a way to go yet. But Bird believes customers are more savvy than advertisers expect, and also more demanding of marketing that represents their lives and experiences.

“I think brands will always be surprised by what consumers can handle, and how high the demand for ‘real’ representation truly is,” she says. “What’s seen in advertising isn’t always about the face value of what’s in the frame, it’s about the conversations it provokes. Frankness can be achieved by opening the door to the conversation around bodies, and bringing a variety of voices to the table. It isn’t about simply showing something audiences haven’t seen before and thinking that’s where the responsibility ends: it has a cultural ripple effect that we all need to be a part of and keep afloat.”

More from the Body special here

The post Are brands finally over body taboos? appeared first on Creative Review.